We had a good night’s sleep at the shop of the gentleman repairing our camper, despite the mosquitoes.  We got up, had breakfast, cleaned everything up, and closed up the camper so that it could be repaired as soon as he returned with the part.  Then, off we went to run an errand.  When we returned, he was back from picking up the part and beginning to work on the camper.  An hour later, it was done, so we paid him and thanked him, hooked up, and took the camper down to the campground.  Finally! 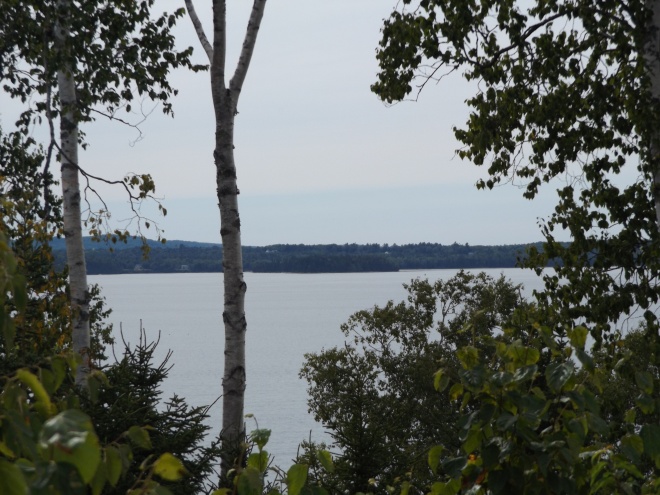 Another beautiful view of a bay.

After we settled into the campground, we headed out to explore more of the Maine coast.  I came across the fact that a couple of well-known authors in sustainable farming, Eliot Coleman and Barbara Damrosch, live in Maine.  They are a married couple who own Four Season Farm in Maine and are open on Saturdays to sell produce.  Always wanting to see what other small farmers are doing and how they are doing it, we decided to drive over there.  I managed to pick up some veggies for dinner, and we were all able to walk around and see their greenhouses and all of the growing that they have going on.  One of the books that Eliot Coleman wrote is The Four Season Harvest in which he describes his methods of raising vegetables on his farm in Maine year-round.  Although we don’t have difficulties in SC growing produce year-round, it has always interested me that he and his wife are able to do so in Maine.  I also always enjoy seeing farms that are growing things in the summer that we aren’t able to grow in SC during the summer because of our heat.  For instance, I really dislike that it is too hot to grow lettuce in SC during the summer because I would love to have a salad full of cucumbers, tomatoes, and peppers at the same time that I am growing lettuce.  Maybe if I tried to grow my summer vegetables in a greenhouse in the spring (like Coleman and Damrosch do), then I would be able to eat lettuce with my summer veggies.  If we ever build a greenhouse, it will be well worth a try. 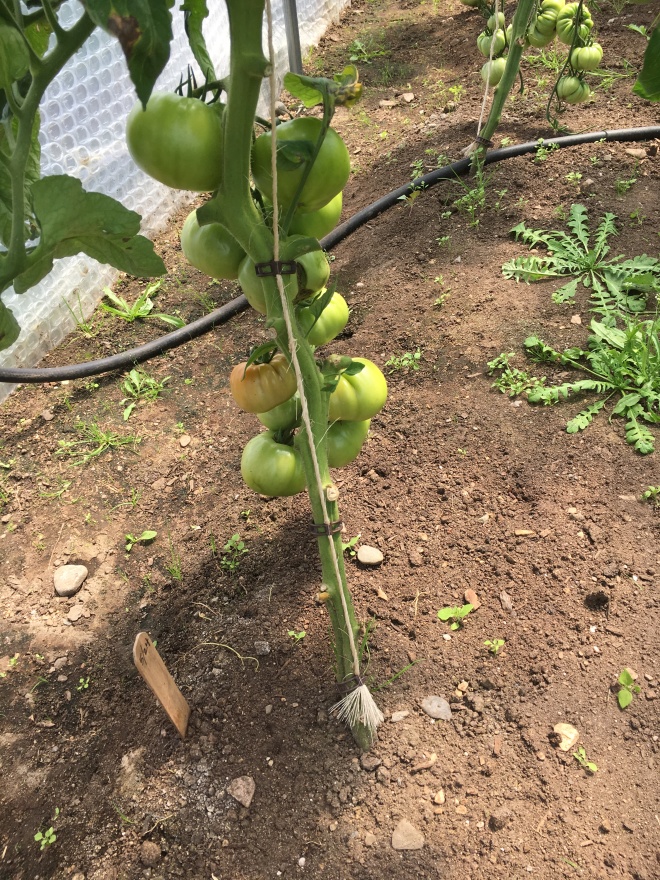 Tomatoes growing in the greenhouse at Four Season Farm. 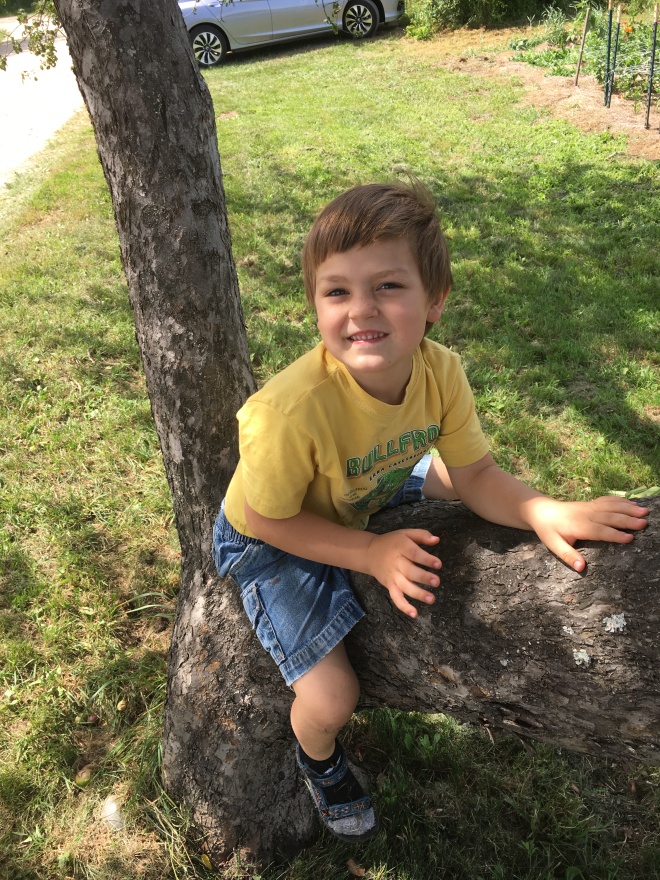 After leaving Four Season Farm, we drove to another homestead that turned out to be only a few properties down the road.  This place is called The Good Life Center at Forest Farm.  The Nearings moved to the Maine coast in 1952 and established a homestead where they lived very simple lives.  They provided for many of their own needs, authored books, and welcomed people to their homestead to teach them some of the skills that they had developed.  They were pioneers in the modern homesteading movement.  Although I had heard of them, I knew very little about them, so we decided to stop and visit their former homestead.  Scott Nearing died in 1983 and Helen in 1995 and since then their homestead has been kept as a center for learning.  We met their farm manager as well as the couple who are currently living there and taking care of things.  Evidently, each year someone applies to become a resident there for the year and gives tours and helps to take care of things.  We were able to see multiple stone buildings that the Nearings built themselves as well as a stone wall that they built around their garden.  That stone wall around their garden inspired Charlie and I into thinking that we may take on something like that one day.  It was beautiful, and although it wouldn’t keep the deer out, it may keep out rabbits and deter guineas, chickens, and such.  If nothing else, it would be beautiful!  There were also a couple of yurts that a friend of theirs had built on their land that we enjoyed going into.  They were truly works of craftsmanship.  We had a great time learning about this couple, and then we headed back to the campground. 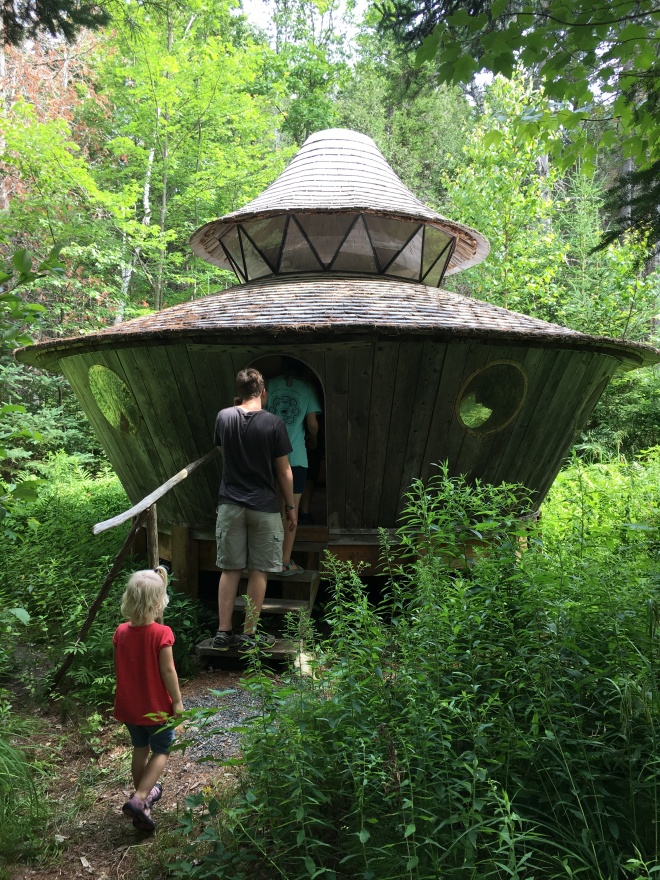 One of the yurts at Forest Farm. 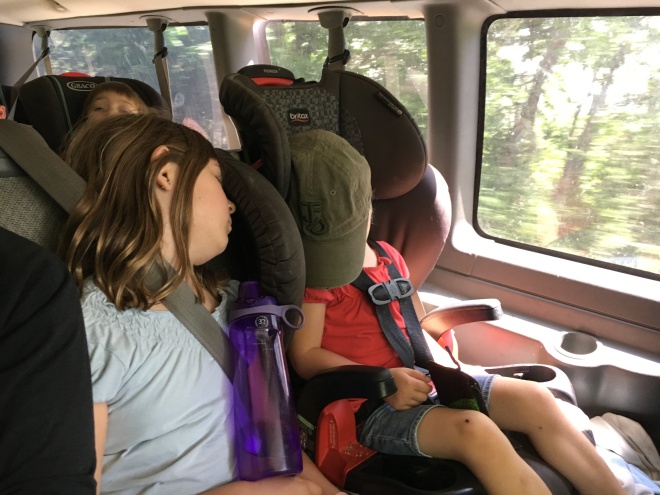 Annette and AnaClaire sleeping in the van. 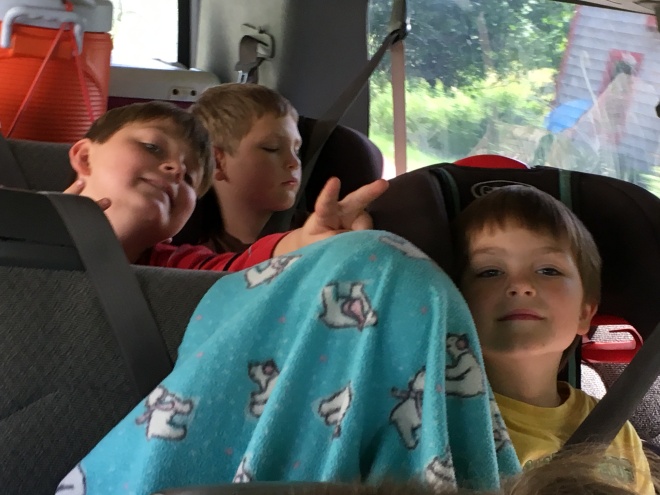 Isaac, Dominic, Alex (under the blanket), and Damien in the van.

Dinner tonight was made up of some of the delicious produce that we had purchased plus our own home-grown sausage.  We managed to get everyone into bed at a decent time and hid in the camper away from the mosquitoes for the rest of the evening. 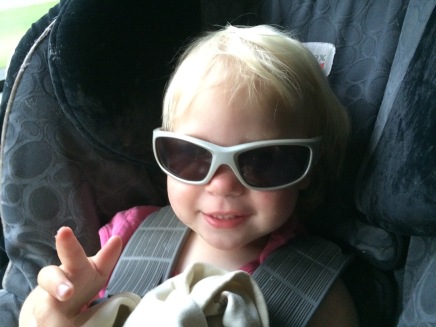 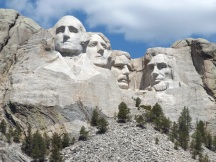 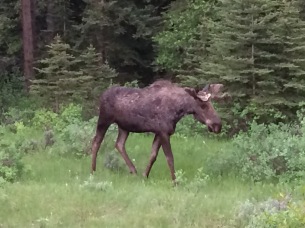 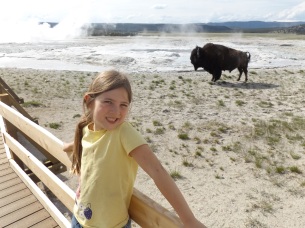 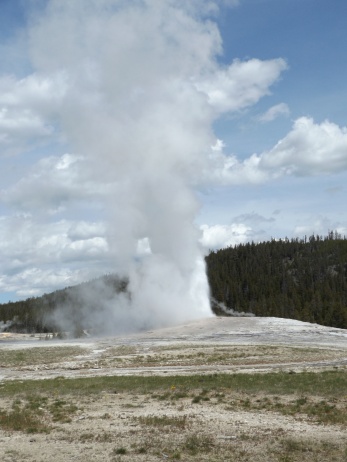 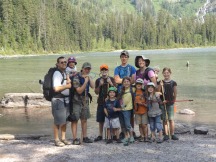 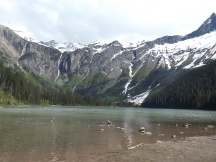 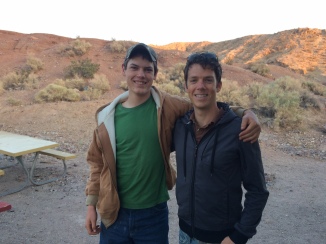 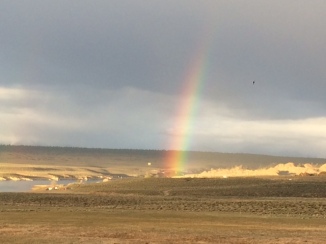 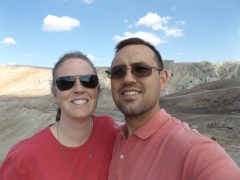 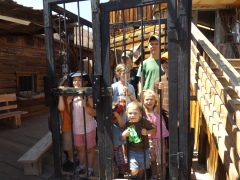